We are capable to provide and export iron ore (Magnetite, Hematite, Oligist) to all over the world till 50000 Tons/month. 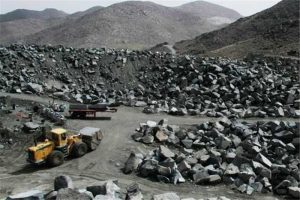 What is Iron Ore?

Iron (Fe) is one of the most abundant rock-forming elements, constituting about 5% of the Earth’s crust. It is the fourth most abundant element after oxygen, silicon and aluminium and, after aluminium, the most abundant and widely distributed metal. Iron is indispensable to modern civilization and people have been skilled in its use for more than 3,000 years. However, its use only became widespread in the 14th century, when smelting furnaces (the forerunner of blast furnaces) began to replace forges.

Iron ores are rocks from which metallic iron can be economically extracted. These rocks are usually found in the form of hematite (Fe2O3) or magnetite (Fe3O4). About 98% of world iron ore production is used to make iron in the form of steel. Iron ore provides the foundation for one of Iran’s major export industries.

Most of the world’s important iron ore resources occur in iron-rich sedimentary rocks known as banded iron formations (BIFs), which are almost exclusively of Precambrian age (i.e. greater than 541 million years old). BIFs occur on all continents. In many instances they are mined as iron ores but, most importantly, they are the source rocks for most of the large high-grade concentrations of iron ore currently mined throughout the world.

The palaeochannel deposits composed of pisolitic limonite are the next in importance and are prized for their low impurities such as phosphorus. They are not as rich in iron as the BIF enrichment ores. Those mined usually contain 57%-59% Fe.